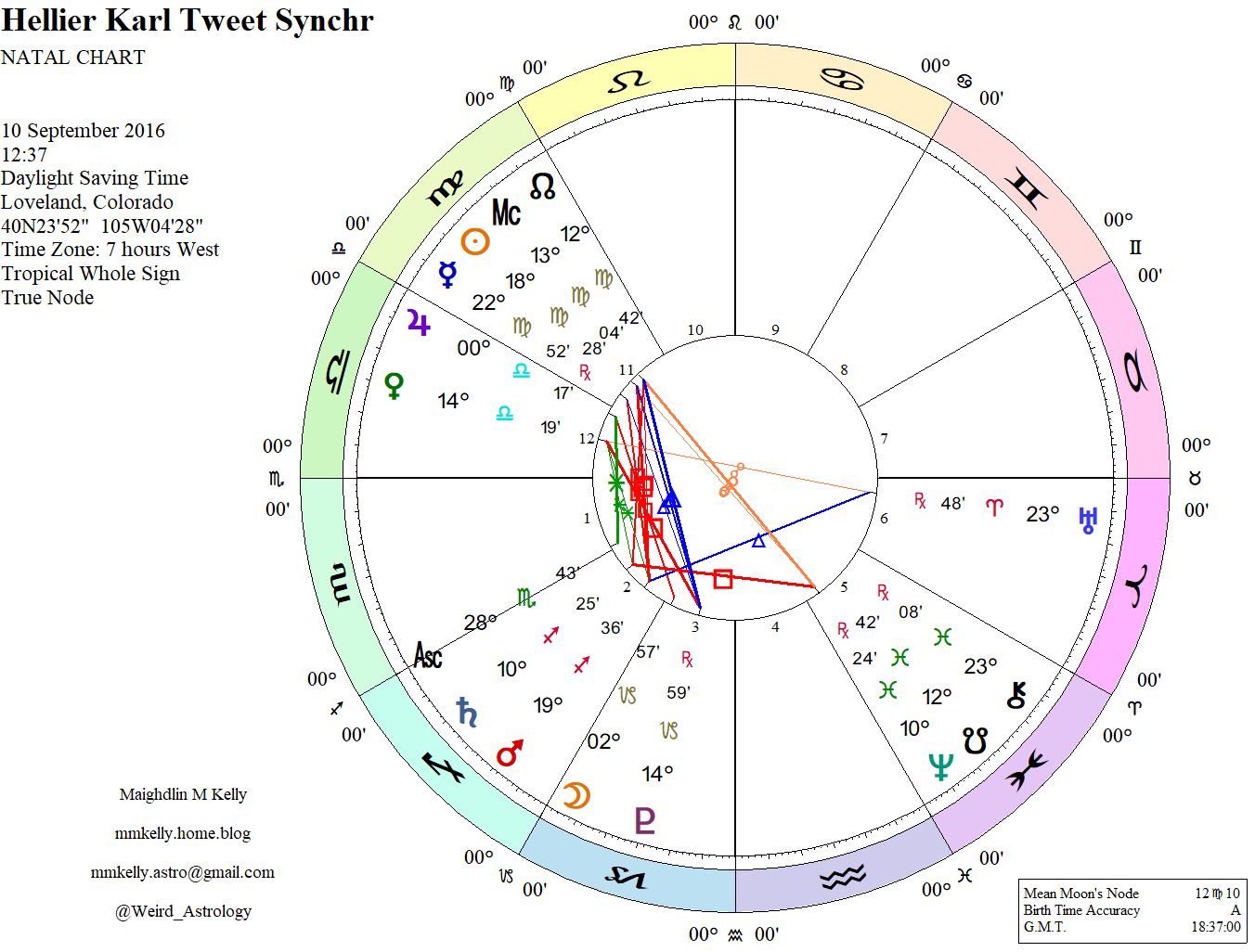 In the beginning of Hellier Season 1 episode 1 Karl Pfeiffer describes the startling coincidences he experienced while listening to Euphomet’s podcast episode on the Kentucky goblin case with Greg Newkirk. Moments after tweeting about the episode, Planet Weird tweeted out an article on the very same case. Karl assumed this was intentionally done, but in fact, the tweet was automatically generated out of 1700 possible articles. This string of remarkably specific synchronicities led Karl to start feeling “supernaturally called” to the case.

Within the first six minutes of watching that episode I felt just as “supernaturally called” to the case, or maybe it was to the phenomena itself. Being an astrologer presented with a time-date-location combo on screen, I instinctively pulled up a chart to see what that sort of coincidence looked like in the stars. I figured, if it was so interesting as a “below” mundane event, maybe it would be just as intriguing reflected in the heavens “above”. 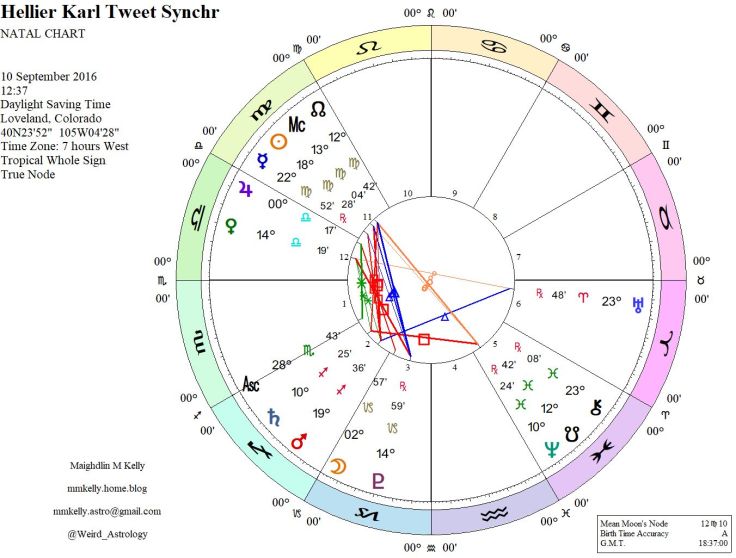 Right away I noticed the mix of planets above and below the horizon with the Sun near the midheaven just like in the chart for the release date of season 1. Most of the planets are underground reflecting the inner experience of the synchronicity. Above the horizon – where things are objectively seen and experienced – is the Sun at 18° Virgo in the 11th house of friends.

I can clearly see how this experience must have felt unusually shocking and how it initiated such a grand and bizarre adventure.

The life of this chart is seen in the details (Virgo) of the message (Mercury) relating to friends and allies. Mercury is strongly placed in Virgo and the message was very clear and specific. Mercury being in a trine aspect with Pluto in the 3rd house of communication reinforces the powerful affect this message had.

The Ascendant at 28° Scorpio represents the moment the synchronicity was experienced by Karl. Mars, the natural ruler of Scorpio, is in Sagittarius in the 2nd house of values. This suggests this moment influenced the beginning (Mars) of a difficult and long-term (conjunct Saturn) adventure (Sagittarius). This also reflects how everyone called to the case uses what they have (2nd house) and what they know best to contribute their own unique perspective and findings.

One other detail I find especially interesting about this chart is that Mars is out of bounds which means by declination it is beyond the reach of the sun, the big boss of the solar system. Mars rules assertion, action, and drive (literally and metaphorically) and the out of bounds condition inclines toward being highly energized and extraordinary. Since Mars is the ruler of the Ascendant, the moment of the synchronicity, I can clearly see how this experience must have felt unusually shocking and how it initiated such a grand and bizarre adventure.

What else do you see in this chart?

In the next article we’ll explore another Mercury/message-related incident. Stay tuned and stay super weird ❤

3 thoughts on “The Astrology of Hellier ~ part II”